[Spoken:]
[David:] I don't think you should read too much into any of this you know It's...I mean the lark ascending was written... it was a piece written by Vaughn Williams who died in 1958, and uh, the work opens with this calm set of sustained chords and then (coughs) sorry. Excuse me. And uhmm. Anyway and so then the violin enters as the lark and it... it starts with this series of ascending and repeated intervals and this... these nimble then elongated arpeggios. Uhmm. And he actually found inspiration in a work by the English poet George Meredith who died in 1909 and the composer included a portion of Meredith's poem on the flyleaf...
[Andy:] Wait uh...
[David:] ...Of the published work
[Andy:] ...Hold on wait...
[David:] ...Uhmm...
[Andy:] ...Why do you keep mentioning...
[David:] ...And it...
[Andy:] ...The year they died?
[David:] ...Well it went...and it went like this it says uh...

[Spoken:]
He rises and begins to round,
He drops the silver chain of sound,
Of many links without a break,
In chirrup, whistle, slur and shake.
For sining till his heaven fills
'Tis love of earth that he installs,

[Spoken:]
And ever winging up and up,
Our valley is his golden cup
And he the wine which overflows
To lift us with him as he goes.
Till lost on his arterial rings
In light, and then the fancy sings.

And I'm trying to make you sing
From inside where you believe.
Like it's something that you need,
Like it means everything. 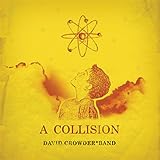