AMY GRANT
"If I Have To Die"
(Amy Grant)

[Chorus:]
(Saying) Please don't make me die for You
I've gotta make You see
That there's a part of me I never wanna lose
But if I have to die for You
Somehow let me see
That You're more than words, I need a glimpse of You

But it's a Sunday Church again
And the habit to pretend
Is stronger than you knew, look how it's ruling you
But it's friends you try to blame
Oh, I've done it just the same
'Cause it's easier than answering to Him 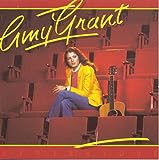 AMY GRANT videos - If I Have To Die