"What ails you, what ails you, my daughter Jane?
Why, you look so pale and wan
Oh, have you had any ill sickness
Or yet been sleeping with a man?"

"Cast off, cast off your robe and gown
Stand naked on the stone
That I might know you by your shame
If you be maiden or none"

"And was it with a lord or a gentleman
Or a man of wealth and fame?
Or was it with one of my servingmen
While I was a prisoner in Spain?"

"No, it wasn't with a lord or a gentlemen
Or a man of wealth and fame
It was with Willie of Winsbury
I could bide no longer alone"

And the king has called his servingmen
By one, by two, by three
Saying "Where is this Willie of Winsbury?
For hang-ed he shall be"

And when they came before the king
By one, by two, and by three
Willie should have been the first of them
But the last of them was he

"No wonder, no wonder", the king he said
"That my daughter's love you did win
If I were a woman as I am a man
In my own bed you would have been -

"Oh yes, I'll marry your daughter Jane
By the faith of my right hand
But I'll not be the lord of any man
I'll be not be the heir to your land" 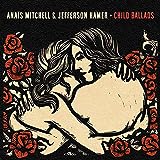