oh yeah! I want to bask in your golden light,
submerge in electric waves,
I need my connection to the world outside

the world outside is buzzing like an angry wasp in summer,
the candidates are running, and soon the son of God is coming,
crackle mental convolutions tune in to the revolution,
whereby everyone's included so we'll never have to be alone

every atom of my body, blood and sinew, bone and fibre,
I can't distil you from my blood,
you're a hungry germ inside of me,
you're my lover, you're my heroine,
my conscience and my voice,
and I know that I have learned to let you in I
will lever have to be alone

I'd take after my mother but she's from a different generation,
I prefer my big brother he's so gentle and understanding,
and I learn what I can from him by the television light,
so that when I'm all alone I know everything's gonna be alright 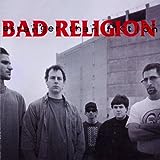