It's the weekend!
Woo! This DJ Same Club, Same Time
We partying at Club Same Old, Same Old tonight
Doors open at 10, ladies get in free til' 1 AM
(I wanna go!)
(Me too!)
'Cause if you don't show up **** won't either
It's the weekend!
You know ain't nothin' change
This DJ Same Club, Same Time
You already know where I'ma be at
Club Same Old, Same Old
Playing that same old, same old
Looking at you looking at me
Dressed in that same old same old ****
Virgo Season!
It's the weekend!
Ah man, stop the music
How about you do something else with your weekend?
But if not I'ma be at club, still the same but it used to be
Same old, same old but they shot that **** up last weekend
Again
It's the weekend!
This message is sponsored by
Remember what you ate Friday, Saturday, and Sunday
But would've done on Monday but you had to go to work?
Don't worry about it, come on down here
And watch this barbecue twerk
(What's in this sauce?)
Woo!
RibMac, barbecue so strong it blow out your back
Aw hell naw! 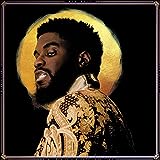