This was the night not long to come in the year of our Lord A.D.
Where in a desert way-house, poised on the brink of eternity
Four and ninety studded horsemen closed the knot of honor
As only drunken soldiers can

And passed from man to man, a wanton child to dead to care
That each would find his pleasure as he might
For this fantastic night was billed as nothing less than the end of
an age
A last crusade, a final outrage, in this day of flacid plumage

They flew the colors, they began to fight
They flailed at each other like bugs at a light
Bodies and bikes beyond repair
Smell of oil and gas in the air

Then the wind whipped the desert with a giant hand
And the humans and the Harleys caught the shifting sand
And the old ranger weathered the storm
And he topped the rise by the middle of morn
He saw rippled dunes, calm and surreal
And a glint of a shaft of chromium steel 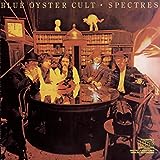