In a dark horse town, in the middle of the west
Where Friday takes so long to arrive
Johnny wakes up dreaming and turns on the radio

Well it's showtime, and he's caught up in the crowd
He hates the crush, but he loves the music loud
He reaches out, but Suzy's disappeared,

Now Johnny's standin' on a corner, after the show
Lookin' for his Suzy dear
But there goes his Suzy in the band's limousine, yeah
Well that's the way it goes at these rock and roll shows

Now Suzy's gone, and Johnny hears a thunder
As he rolls another number and he counts
He counts the times he's dreamt himself to be the hero

'Cause then when Suzy (was a bore??)
He's heard about adventure
As he looks into the mirror now he knows
He must be the star and play guitar like thunder
And find Suzy at his rock and roll show

This is Don Kirshner
And tonight on Don Kirshner's Rock Concert
A new phenomenon in the music world
With six million albums to his credit in just two short years
My good friend, here's Johnny

Now it's showtime, and he's caught up in the glow
He hates the rush but he needs the music so
Still he reaches out, but Suzy's disappeared
Well that's the way it goes at these rock and roll shows
It's rock and roll

That's the way it goes, it's rock and roll (repeat) 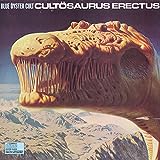