Oh the trees they do grow tall and the leaves are green.
And there's many a day that you and I have seen.
But once I had a true love, but now I walk alone.
He's a bonny lad, he's daily growing.

Oh father, dearest father, you've done me great wrong.
You've married me to a boy who is much too young.
Oh I am twice twelve, and he is but fourteen
He's a bonnie lad, he's young but he's growing.

Oh father, dearest father, oh and if it pleases you.
I'll send my man on to a school for a year or two.
And on top of his college cap, he'll wear a ribbon bow
So that the other girls might know that he's married.

One day when I was walking all alone down by the schoolwall,
I saw the boys were playing at the bouncing of the ball.
And my own true love was the fairest of them all.
He's a bonny lad but he's daily growing.

I'll buy my love a shroud of ornamental ground
And place it on his grave. Oh the tears come trippling down.
For once I had a true love but now I have not.
But I'll watch his bonny son while he's a-growing. 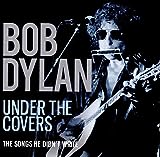