They broke your toys this morning, Henry, rode your board right into dust
Surrounded you with strangers who you could not trust
And then they had the gall
To write your name up on the girl's room wall
And send you out to Maria who spoke of babies and all
And wanted to shoot your joy
It's a hard world when you're the new kid in town, ain't it, Henry Boy

Well the North side is for diamond studded women subtly selling their wares
And the West side is for debutantes and would be millionaires
Oh the East side is for lost boys who know their moves too well
The South side is for gamblers, Henry, the train stops once for hell
It's a hard world when they're forcing you to live your life out on Broadway
But Henry I'm sure you're gonna like it well

Whoa the constellation she points to Gate Eleven, that's where you got your connections
Let me take a look inside my magic book, I don't think you're beyond my inventions
Whoa these doctor's appendages I'm giving you for wings, I'm sure it will meet the occasion
I'm gonna mix you some magic, you'll be spittin' sparks and ready for the invasion

Whoa and the Milky Way's a trip for dippers, they saw you coming a mile away
In the amusement park you'll get clipped by rippers hiding behind candy 'cades
In the alleyway you'll get ripped by strippers all who know your name
In the stalls sit the soldier-boy kissers on leave for just a day
And Henry couldn't take it, he's gonna be a submariner riding underground for the Pope
Gonna stand on the corner of Broadway, and scream "Up 'scope" 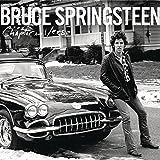