They left their homes and family
Their father said "My sons one thing you will learn
For everything the north gives it exacts a price in return."
They worked side by side in the orchards
From morning till the day was through
Doing the work the hueros wouldn't do.

Word was out some men in from Sinaloa were looking for some hands
Well deep in Fresno county there was a deserted chicken ranch
There in a small tin shack on the edge of a ravine
Miguel and Louis stood cooking methamphetamine. 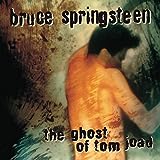