I was driving through the night
Into an endless tunnel of fog
When it dawned on me something was wrong
I was in a trance, hypnotized

Bored beyond belief, I was listening to the same old song
I know every lick, every word every nuance
I'm on first name terms with the crew
But I'd better get used to this poop du jour
Sure as hell they won't play anything new

Oh yes, I love you really
Classic Rock Radio
Oh, my dear it's time for bed
Time for you to go
Everyone is asleep

The pirates took to the water stole the charts
But sadly that didn't go down well with those upstairs
Who require loyalty, the establishment considered
That the uncontrolled appreciation of music

Was a danger to royalty, the mighty empire roared
As Cash 'n' Everitt on the high seas
Looked like they'd get blown out of the water
They did of course eventually come ashore
As meek as mice or to be more accurate as lambs to the slaughter

Oh yes, I love you really
I stand to attention
Oh, Fanny, I love you dearly
Something else I should mention?
You sweet thing 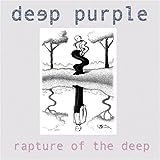