Two in the morning, dry-dock town
The rivers rolls away in the night
Little gypsy moth she's all tied down
She quiver in the wind and the light

He's upon the bridge on the self same night
The mariner of dry dock land
Two in the morning, but there is one green light
And a man on the barge of sand
She's gonna slip away below him
Away from the things he's done
But he just shouts "Hey man, what do you call this thing?"
He could have said "Pride of London"
On a night when the lazy wind is a-wailing
Around the Cutty Sark
Yeah the single handed sailor goes sailing
Sailing away in the dark 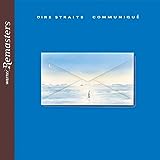