"But he's the sort who can't know anyone intimately, least of all a woman. He doesn't know what a woman is. He wants you for a possession, something to look at like a painting or an ivory box. Something to own and to display. He doesn't want you to be real, or to think or to live. He doesn't love you, but I love you. I want you to have your own thoughts and ideas and feelings, even when I hold you in my arms. It's our last chance... It's our last chance..."

[Sample is Julian Sands from the film "A Room With A View".]

[Sample from "The Trouble With Evan", from the Canadian series "The Fifth Estate".]

"Some people, gave advice before, about facing the facts, about facing reality. And this is, this without a doubt, is his biggest challenge ever. He's going to have to face it. You're gonna have to try, he's gonna to have to try and, uh, and, and, and get some help here. I mean no one can say they know how he feels."

[Sample is Jim Hill from a news commentary about the OJ Simpson freeway chase.]

"That, so they say that, in ya know like, Houston or something, you'd say it's a hundred and eighty degrees, but it's a dry heat. In Houston they say that? Oh, maybe not. I'm all mixed up. Dry until they hit the swimming pool."

[Sample from the Conan O'Brien show.]

"...I get up with the sun... Listen. You have your own room to sleep in, I don't care what you do. I don't care when. That door gets locked, that door gets locked at night by nine o'clock. If you're not in this house by nine o'clock, then you'd better find some place to sleep. Because you're not going to be a bum in this house. Supper is ready..."

[Sample from "The Trouble With Evan", from the Canadian series "The Fifth Estate".] 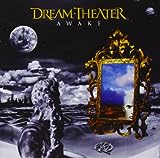