The kids are in the kitchen, carving up the will
While the long line of limousines snake down the hill
They'll keep them waiting, they're shaking hands
With the prodigal and pompous who knew the man
Father figures and mother fuckers who knew the man
God's torment at the party as if God knew the man 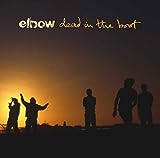