It ain't a needle in a vein,
It ain't backstage sex,
It ain't lines of cocaine on a private jet,
It ain't havin' a posse full of hangers on following you around,
It ain't long hair, tattoos, playin' too loud,
(No)

It ain't a middle finger on a t-shirt, the establishments tryin' to sell,
It's a guy with the balls who told the establishment to go to hell,
It ain't about the money you make, when a record gets sold,
It's about doin' it for nothin', 'cause it lives in your soul.

It's a rock through a window,
It's a riot in the street,
It's a rebel revolution,
It's fightin' for peace,
It's Burn baby burn,
It's a brick in the wall,
It's the first one to stand,
And the last one to fall,
It's a hip shaking devil on the stage in Tupelo,
It's doing what ya want instead of doin' what your told,
It's a preacher burning records, tellin' folks they outta pray,
'Cause the shepherd bought a Gibson, and led the flock astray,

Got some grass for the party,
And the party got loud,
And the party turned into an angry crowd.
Drowning demons feel no pain,
Found Nirvana wasted shame
Gone too soon just like a song,
Hendrix, Joplin. What went wrong?
Need some answers right or wrong,
Need something to blame it on,

Another day in another town,
Loadin' the stage, and the lights, and the sound,
Here they come boys,
They've opened doors,
Count us off now Craig,
(1, 2, 3, 4) 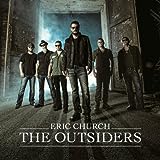