In a time long past tomorrow sleeping in the
Castle of the black. In the leland hills are
The monster tracks of a giant. The darn of
Autumn playing in the garden of the rising
Sun the children they run in the yard of the
Giant. If he awakens he will crush them in the
Earth, fear the children inherited at birth.

Thunder clouds close the skys he opened up
His eyes
He's awakened hears the children in his
Paradise
You must leave this land forever more or
Live behind these iron doors o the darkest
Dungeon
So they left with the passing storm
The gods were awakened they will crush
Him in the earth. He is forsaken till he
Shares his worth.

Kings queens pirate giants castle walls
Dungeon doors
Bound to earth treasures sunken heart to
The ocean floor i will remember knock-
Ing on the cold side of your door
Spring came soon to the outside world but
The worth wind whirled through the castle
Halls
Children played in the outside sun, frost
Giants stayed in the garden walls. Seaons
Past locked in winter filled with remorse
His frost bitten heart

Through a crack in the garden wall came
A child with the gift of spring the frost giants
Went away
The dawn of autumn came into the garden
Of the rising sun
His heart was awakened he was forgiven
Then
Always remembered as a giant among men. 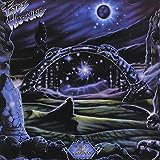