Well there was a boy from Arkansas who wouldn't listen to his Ma when she told him that he should go to school.
Well he'd stay away in the afternoon, take a little walk and pretty soon you'd find him at the local auction barn.
Well, he'd stand and listen carefully until at last he began to see how the auctioneer could talk so rapidly,
Well, he said "Oh my, it's do or die, I've got to learn that auction cry, gonna make my mark and be an auctioneer."

Well the time went by and he did his best and all could see he did not jest.
He practiced calling bids both night and day
Till his pappy found him behind the barn just working up an awful storm
As he tried to imitate the auctioneer.
And his pop said "Son, we just can't stand to have a mediocre man
Selling things at auction using our good name.
Gonna send you off to auction school and then you'll be nobody's fool
And you can take your place among the best."

And from that boy that went to school there grew a man who played it cool,
He come back home a full fledged auctioneer.
And the people would come from miles around
Just to hear him make that rhythmic sound
That filled their hearts with such a happy cheer.
And his fame spread out from shore to shore, he'd all that he could do and more,
He had to buy a plane to get around.
Well, now he's the best in all the land, let's pause and give that man a
Hand 'cause he's the best of all the auctioneers

Well I sold that hoss for fifty dollar bill! 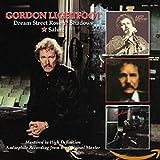