Convicted on charges of supply and demand he was unloadin' the American Dream
Caught in the middle of a bigger plan it was a South American scheme
He is no smuggler he is a fisherman all of his debts they are owed to the sea
Some call it justice but it just ain't right this ain't live and let live and let be
He sing what is that sound...

Layin' in his cell and thinkin' bout Ulysses
How he picked up his oar and walked away from the sea
Until someone said you ain't from round here are you
And that's how far away he feels
He thinks of his wife and he thinks of his children
Ande thinks about 'em takin' his boat
He thinks about the killer in the bunk below
And he's tryin' to keep his hopes afloat
He sing what is that sound...
Singin' what is that sound... 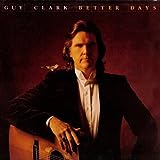