[Idina, spoken:]
So, I'm a Long Island girl
Long Island, New York
And I went to uh, thank you
I went to New York University and I studied theater
I took this class down in the village, Lafayette and Asterplace
It was a musical theater workshop thing and they called it song interpretation
I had this huge crush on my professor, who was gay, but freshman girls in college never know that
I don't know why but he gave us this assignment to bring a Cole Porter song to class and approach it like a monologue
So I picked the sexiest Cole Porter song I could find
Which was Love For Sale
I figured I was gonna kill two birds with one stone
I'm going to seduce my teacher and fulfill the assignment
So I get up in front of class and I've worn
You know, we used to get really seriously back then so I dressed for the role, I wore some sexy lingerie under my college clothes and I wear some trashy makeup and I get up in front of class and I start singing and I get just a couple lines in and he abruptly stops me and says, "Woah, what are you doing?" And I just stood there and I said, "I'm singing Love For Sale Cole Porter", and he says, "Have you even given any thought to what this song is about? What the lyrics are saying?", and I thought I was just gonna burst into tears and he said, "This is about a woman who's out on the street in the middle of the night being objectified and harassed and God knows what with all of these men, she doesn't know where she's gonna get her next meal from or how she's gonna pay her rent, she's lonely, she's desperate and she's scared" 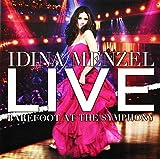