The rebel of yesterday, tommorow's fool
Who are you kidding being that cool ?

You're a weekend warrior when you're one of the crowd
But it's over, just look at you now...

You're not so brave the way you behave
It makes you sick, gotta get out quick
It's all bravado when you're out with your mates
It's like a different person goes through those gates
And the game begins, the adrenalin's high
Feel the tension maybe someone will die...

Some of the things that you've done you feel so ashamed
After all it's only a game... isn't it ?
And after all the adrenalin's gone
What you gonna do on monday ? 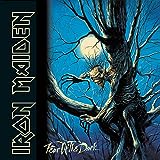