I've got this place I'm renting
It cost me next to nothing downtown
Nobody comes around telling me I gotta turn the sound down
Broadway - down on the corner
The bible screamer, the plasma donor
Buses, carhorns, ghetto blasters
The shouts and cries of the human disasters 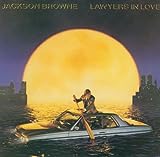