JACKSON BROWNE
"That Girl Could Sing"

She was a friend to me when I needed one
Wasn't for her I don't know what I'd done
She gave me back something that was missing in me
She could of turned out to be almost anyone
Almost anyone...
With the possible exception
Of who I wanted her to be

Talk about celestial bodies
And your angels on the wing
She wasn't much good at stickin' around...but
She could sing...

The longer I thought I could find her
The shorter my vision became
Running in circles behind her
And thinking in terms of the blame
But she couldn't have been any kinder
If she'd come back and tried to explain
She wasn't much good a saying goodbye...but
That girl was sane 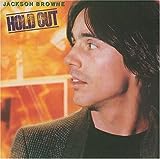 Home > B > JACKSON BROWNE > That Girl Could Sing lyrics