Ricky's been kicking the gong, lickity-split, didn't take too long.
A junkie's sick, a monkey's strong, that's what's wrong.
Well, I guess he's been messing around downtown, so sad to see the man losing ground.
Winding down behind closed doors on all fours.

Mama, don't you call him my name, he can't hear you anymore.
Even if he seems the same to you, that's a stranger to your door.
Go on, ask him what's he come here for.

Oh my God, a monkey can move a man. Send him to hell and home again.
An empty hand in the afternoon, shooting for the moon.
It's halfway sick and it's halfway stoned. He'd sure like to kick but he's too far gone.
They wind him down with the methadone, he's all on his own.

But baby, don't you throw your love away, I hate to seem unkind.
It's only that I understand the man that the monkey can leave behind,
I used to think he was a friend of mine. 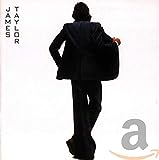