I was a mean old man, I was an ornery cuss, I was a dismal Dan, I made an awful fuss.
Ever since my life began, man, it was ever thus, I was a nasty tyke who was hard to like.
I had to misbehave, I did things in reverse,
refused to wash or shave, I was horrid to my nurse.
I got back what I gave which only made me worse,
I had to have my way which was bleak and gray.

Oh dear, living in here, one hundred years of rain.
Such a drag, this riches to rags with just myself to blame, a dirty low-down shame.

Silly me, silly old me, somewhere outside my mind.
Clever you walking me through, willing to lead the blind just in the nick of time.

Who gets a second chance? Who gets to have some fun?
Who gets to learn to dance before his race is run?
Who gets to shed his skin? Who comes up born again?
Who was a mean old man till you turned him into a golden retriever puppy dog?

Who's a good boy? 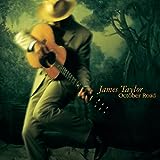