Do believe I'm gonna clap my hands, think I might tap my feet.
Put together a one-man band, take a walk on down the street.
Have a one-man parade, nobody needs to know.
Cause I'm right good of holding on to secrets and don't believe they show.

All I want is a little dog to be walking at my right hand.
Taking a breeze just as free as you please, maybe checking out occasional garbage cans.
Talking bout a one dog, y'all, nobody's friend but mine.
Hey now, you can say he's looking kind of funky, but I do believe he suits me just fine.

We were on the road again, I was wondering what to do,
but Honalei, it was pouring down rain, baby she had the low down blues. 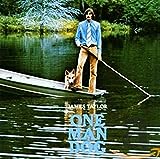