Lonely hearted hunter, don't say nothing. The hunger and the hurt got only one law.
Never mind your words, unseen, unheard, unsung, undone. Ain't but one place left to run.
Stand up, stand and fight.

Don't you worry about me, little darling, no, I ain't breaking, I'm shaking and aching.
Cause I can't stand waiting. There comes a time to stand and fight.

Maximum destruction, blood red deadheads tearing it up, wearing it down.
Never mind my name, I'm unclaimed, unnamed and unashamed.
I'd like to say fan the flames, stand and fight.

You ain't doing nobody no kind of favors. lying around like a rug on the floor.
Sooner or later you've got to stand up and say you won't take it any more.
Stand up, stand and fight. 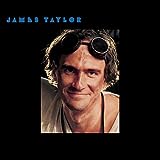