Really don't mind if you sit this one out.

And the love that I feel is so far away:
I'm a bad dream that I just had today -- and you
shake your head and
say it's a shame.

Spin me back down the years and the days of my youth.
Draw the lace and black curtains and shut out the whole truth.
Spin me down the long ages: let them sing the song.

See there! A son is born -- and we pronounce him fit to fight.
There are black-heads on his shoulders, and he pees himself in the night.
We'll
make a man of him
put him to trade
teach him
to play Monopoly and
to sing in the rain.

The Poet and the painter casting shadows on the water --
as the sun plays on the infantry returning from the sea.
The do-er and the thinker: no allowance for the other --
as the failing light illuminates the mercenary's creed.
The home fire burning: the kettle almost boiling --
but the master of the house is far away.
The horses stamping -- their warm breath clouding
in the sharp and frosty morning of the day.
And the poet lifts his pen while the soldier sheaths his sword.

And the youngest of the family is moving with authority.
Building castles by the sea, he dares the tardy tide to wash them all aside.

The cattle quietly grazing at the grass down by the river
where the swelling mountain water moves onward to the sea:
the builder of the castles renews the age-old purpose
and contemplates the milking girl whose offer is his need.
The young men of the household have
all gone into service and
are not to be expected for a year.
The innocent young master -- thoughts moving ever faster --
has formed the plan to change the man he seems.
And the poet sheaths his pen while the soldier lifts his sword.

And the oldest of the family is moving with authority.
Coming from across the sea, he challenges the son who puts him to the run.

What do you do when
the old man's gone -- do you want to be him? And
your real self sings the song.
Do you want to free him?
No one to help you get up steam --
and the whirlpool turns you 'way off-beam.

LATER.
I've come down from the upper class to mend your rotten ways.
My father was a man-of-power whom everyone obeyed.
So come on all you criminals!
I've got to put you straight just like I did with my old man --
twenty years too late.
Your bread and water's going cold.
Your hair is too short and neat.
I'll judge you all and make damn sure that no-one judges me.

You curl your toes in fun as you smile at everyone -- you meet the stares.
You're unaware that your doings aren't done.
And you laugh most ruthlessly as you tell us what not to be.
But how are we supposed to see where we should run?
I see you shuffle in the courtroom with
your rings upon your fingers and
your downy little sidies and
your silver-buckle shoes.
Playing at the hard case, you follow the example of the comic-paper idol
who lets you bend the rules.

So!
Come on ye childhood heroes!
Won't you rise up from the pages of your comic-books
your super crooks
and show us all the way.
Well! Make your will and testament. Won't you?
Join your local government.
We'll have Superman for president
let Robin save the day.

You put your bet on number one and it comes up every time.
The other kids have all backed down and they put you first in line.
And so you finally ask yourself just how big you are --
and take your place in a wiser world of bigger motor cars.
And you wonder who to call on.

So! Where the hell was Biggles when you needed him last Saturday?
And where were all the sportsmen who always pulled you though?
They're all resting down in Cornwall --
writing up their memoirs for a paper-back edition
of the Boy Scout Manual. 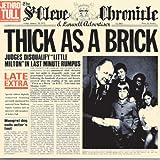