I remember the smell of the creosote plant,
When we'd have to eat on Easter with my
Crazy old uncle and aunt.
They lived in a big house Ante Bellum style,
And the wind would blow across the old bayou,
And I was a tranquil little child.

In a few summers my folks packed me off to camp;
Yeah, me and my cousin' Baxter
In our pup tent with a lamp.
And in a few days Baxter went home,
And he left me by myself.
And I knew that I'd stay, it was better that way,
And I could get along without any help.
Life was just a tire swing.

And I've never been west of New Orleans
Nor east of Pensacola.
My only contact with the outside
world was a n R.C.A. Victrola.
Elvis would sing and then I'd dream about
expensive cars, and who would've figured twenty
years later I'd be rubbing shoulders with the stars.
Life was just a tire swing.

'Jambalaya' was the only song I could sing.
Chasin' after sparrows with rubber tip arrows,
Knowin' I could never hurt a thing,
And life was just a tire swing.

Then the other morning on some Illinois road
I fell asleep at the wheel,
But was quickly wakened up by a 'Ma Bell'
telephone pole, and a bunch of Grant Wood
Faces screaming, 'Is he still alive?'
But through the window could see
it hangin' from a tree, and I knew
I had survived. 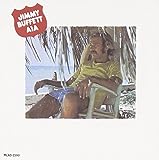