Willie Moore was a king, his age twenty-one,
He courted a damsel fair;
O, her eyes was as bright as the diamonds every night,
And wavy black was her hair.

He courted her both night and day,
'Til to marry they did agree;
But when he came to get her parents consent,
They said it could never be.

She threw herself in Willie Moore's arms,
As oftime had done before;
But little did he think when they parted that night,
Sweet Anna he would see no more.

It was about the tenth of May,
The time I remember well;
That very same night, her body disappeared
In a way no tongue could tell.

Sweet Annie was loved both far and near,
Had friends most all around;
And in a little brook before the cottage door,
The body of sweet Anna was found.

She was taken by her weeping friends,
And carried to her parent's room,
And there she was dressed in a gown of snowy white,
And laid her in a lonely tomb.

Her parents now are left all alone,
One mourns while the other one weeps;
And in a grassy mound before the cottage door,
The body of sweet Anna still sleeps.

[Willie Moore never spoke that anyone heard,
And at length from his friends did part,
And the last heard from him, he'd gone to Montreal,
Where he died of a broken heart.]

This song was composed in the flowery West
By a man you may never have seen;
O, I'll tell you his name, but it is not in full, 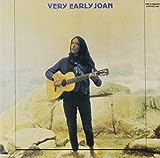