Guys named Captain are always characters
Livin' by the water somewhere in the Americas
South or Central, or some Virgin Island
Barefoot and sun-kissed, always smilin'

[Chorus:]
Captain Outrageous and Captain Tony
A painter and a sailor, old Key West cronies
Floatin' on the breeze, the salt of the sea
Ornery, tattooed, and laughin'
Guys named Captain

Casanovas and entrepreneurs
Full of bravado, that's half the allure
The wink of the eye, a shadowy past
Laugh lines from blowin' smoke up your glass

[Chorus:]
Like Captain Blind, Captain Kid
Mutiny on the Bounty, loose cannons in the wind
Buccaneers with nothing to fear
He'll go down with the ship, last man standin'
Guys named Captain 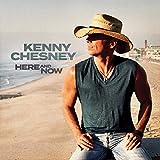