Yeah, and even if the whole world has forgotten
The song remembers when 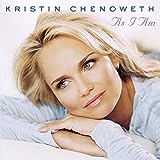