Made man like Joe Pesci
I need Deniro or I'll Rob her
I had to skate Wayne Gretzky
Called an Uber helicopter
Bought a pound from a rasta
Bought the yayo from Miguel, though
Award shelves need an Oscar
They need my merchandise on Melrose
David Bowie of my generation
Kill the Moet bottle with no hesitation
Came from public education
Ramen noodles with the bacon
I was working at Chipotle, I was finna have a baby
Went from stealing out of Walmart to president of operations
Dub was working at the steel shop
Slim was working off of 1st block
We still roll together every day
Except we might be on a private plane
Why would you ever come from nothing
And not do whatever the fuck you wanted?
They be asking why I'm such a legend
I took so much acid, I be forgetting

Still dirty Chuck Taylors, still hanging with gangstas
The type to put the red beam on you, I ain't talkin' 'bout a laser
We the golden squad, we the golden squad
Double X, we the hardest
Me, Dub-O, Mercy Marty
Should've never got us started
Motherfucker, I'm retarded
Do you know how I'm regarded?
King of underground, King of Cleveland town
King of marijuana gardens
I can't stop myself from coughing
Four thousand dollar bong rip
Custom made for the new house
Can't believe I never had shit
2012 was a good year, 2017 too lit
20/20 vision, see the future
Looks like the crown do fit
I am king of this new shit, 7 rings and a pool stick
8 ball, and a suede robe - rockstars don't say no!
This beat so flame, though; I forgot to say my name, though
Bitch, I'm G-U-double N-A, Gunna!
Never like my mother, fighter, not a lover
Man, I'm wildin' every summer
I ain't like my daddy, he religious
I'm with bitches burning rubber
I'm a desperado, whiskey bottles,.38 bang, bang, bang
Models be on the same thang, thang
EST, that's the gang, gang, gang 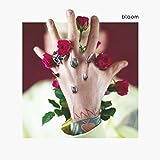