I lied just a little
When I said I need you
You stretched the truth
When you said that you knew
Just can't believe it
There's nothing to say
I was almost honest, almost

Living alone, can't stand this place
It's four in the morning and I still see your face

I was nearly pure
When I said I loved you
You were semi-sincere
You said I'd bleed for you
We were kind of candid
Now you've gone away
You were almost honest, almost

Living alone, falling from grace
I want to atone but there's just empty space
I can't face tomorow, now you're not coming back
Walked off in the night and just left me the tracks

I question your call by the tone of your voice
I know I should hang up but I don't have a choice
It happend that night when you told me to go
Don't ask who's to blame, I don't know 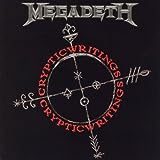