"Grandpa here's your coffee,"
Said Edith as she filled his cup,
"nobody'll find you here
And Earl is glad you guys showed up

"Who the hell do they think they are?
Invading our home like that
Grandma and i had to leave so fast
We couldn't even catch the cat

"Jed you really screwed up now
What'd you have to do that for?
Everybody wants to hang your ass
Here's a note from Lenore"

Can Grandma come and see me?
I've got a new song to sing
It's longer than all the others combined
And doesn't mean a thing"

The noise was unfamiliar...
A walkie talkie squealed
Generators were runnin'
Vans parked in the field

"Susan Carol from early magazine
I've got some questions to ask"
"Well you can stick 'em where the sun don't shine,"
Grandpa said with a gasp

"That guy who just keeps singin'
Can't somebody shut him up?
I don't know for the life of me
Where he comes up with this stuff"

They laid his head on a newspaper
With a picture of Carmichael on the front page
Posing with a little league baseball team
And a seedy shot of Jed with a motorcycle. 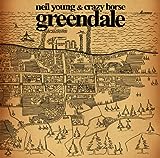