Is it me or does it seem that life just carries on?
Was it him who said that life is just a song?
I don't know what will keep me on this little Earth
I just might use the love that's all in the dirt

Was it you who said that my life is over?
Baby it was over from the bitter start
Did you say that I won't be around downtown tomorrow?
Ah yes I will with a hardened heart 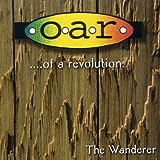