[Hook: Ol' Dirty Bastard]
I wanna stay high in the clouds
I wanna keep plenty of pussy around
I'm gonna keep puttin' in bullets in pocket
Just in case, it's goin' down
I'm a Brooklyn soldier, yes, I'm is
If you lookin' for a problem, here it is
I'm worser than the cross and bones, and that's danger
I don't give a fuck, what beef it is

[Ol' Dirty Bastard]
Now I'mma get serious, pussy don't talk, went the heat come out
Niggas sleep on Dirty, til the street come out
I like fame, but lockdown changed the nigga
Now it's all about the gauge, on the stage for nigga
'Cuz haters wanna shoot, everything that shine
So I'm prepared, to lock and load my rhymes
Eat, two at a time, while my mind is bent
And dare motherfucker, come with Brook' with that
I be rollin' on the Boulevard, nothin' better rush
I'm like Big Ben with my middle finger up
Sidewalk hash, make thugs relax
Got a team that could devour your habitat
More gritty than Diddy, 'cause my hair's uncombed
Streets I roam, are too hot to throw on poems
Feel like every block's home, when the yay is yo
Gotta rob a motherfucker when the day is slow

[Black Rob]
Uh, pussy doctor, four-four cocker
Platinum, baby, ya'll niggas is goin' copper
I'm down in Bad Boy South with the nigga Chopper
Programmed to blow shit up, like Dennis Hopper
Hella pointed, hop out the helicopter
It's L.A.X. for the weed, it's hella proper
I rap, but still stick hoes for door knockers
And if she's persistent, block her, block her, block her
Infered, I call it the show shocker
It's M.S.G., with Jay-Z, the show stopper
And this is for them gangsta dudes, know you boppin'
That take dough, and don't take shorts for no coppers
My team are life stoppers, watch me split ya life up
Like Mekhi Phifer, in the movie "Clockers"
And just for doing the thing, they try to lock us
Wanna find me? I'm way in' the back with the pill poppers 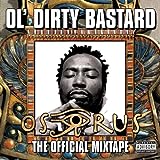