A baby in a manger, the town of Bethlehem
The wise men had the heart to know He was the great I Am
They crossed the desert many miles to kneel down at His feet
The star that led them seemed to tell them what had come to be

At the age of thirty-three, the prophecy fulfilled
On the cross at Calvary His blood for man was spilled
The sky was black as midnight, but 'neath the dark and gloom
Voices rang and angels sang dancing 'round the tomb

Jesus, Son of Glory will save your soul and mine
Brother are you ready, the Son's gonna rise and shine. 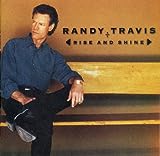