On the top shelf in the closet,
In the workshop where he spent his extra time
Was a dust wooden box that I had never noticed till that time
And we set on the table and carefully, we opened up the top
And stared into the memory
Daddy kept inside the box

There was a letter from mamma, when she went out to Reno
To help her sister out in 62
And a flower from Hawaii, when they went on vacation
It was the first time that my Daddy ever flew

And the pocket knife I gave to him on Fathers day
Years ago, I thought it had been lost
We all thought his heart was made from solid rock
But that was long before we found the box

There was a picture that was taken,when he and Mom were dating
Standing by his 1944, and the faded leather Bible, he got when he was baptised
I guess no one understood him like the Lord

And the poem that he had written, about his wife and children
The tender words he spoke were quite a shock 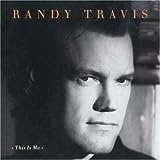