I went down to the Mobile Depot
Wanted to see Mr. Garfield's train
All I saw was people crying
Creosote smoke and fallin' rain

I went down to see the fortune teller
Was gonna get my future read
She looked at my hand, she said it's bad
Crossed her eyes and fell back dead 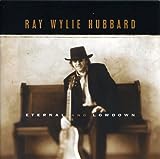