Billy was 17 and mean as hell
Bonnie said she was 30, it was hard to tell
Billy met Bonnie on a Saturday night
At the dirt track races, it was love at first sight
Bonnie was wilder than the west wind blows
Taught Billy every single thing he knows
But she never told billy what she left out
The part about the trouble when your times runs out
When the thrill is gone, when your deal goes south
It's all over when your time runs out

Bonnie said, "Billy, don't you think it's time
We moved on a little further down the line"
So they knocked off a Texaco south of town
Blew down the highway with the ragtop down
Billy woke Bonnie up about first light
Said, "You drive honey, I've been up all night"
Now Billy wasn't sweatin' no APB
'Cause they didn't leave a single soul alive to see

The boy was just 16, made his mama proud
That don't mean nothin' when your time runs out

Bonnie kept pushin' that Cadillac
Billy passed out with the seat reared back
Slept through Louisiana, then just past dark
Bonnie pulled over in a roadside park
Left Billy sleeping and she called the cops
He never knew nothin' when the dime was dropped
Bonnie knew what she had to do
She called the sheriff and she cried on cue

The sheriff told Billy, "Boy, you're bound to die
'Cause this young lady's gonna testify
That you done took her off against her will
And she told us about the robbery and the boy you killed"
The judge said, "Billy, what you got to say
Before I have the sheriff carry you away"
Billy looked Bonnie right in the eye
But he didn't even have to ask her why
But he turned around as they led him out

He said, "I'll see you down in hell when your time runs out" 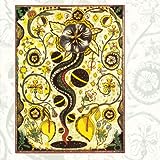