I'm just an American boy raised on MTV
And I've seen all those kids in the soda pop ads
But none of 'em looked like me
So I started lookin' around for a light out of the dim
And the first thing I heard that made sense was the word
Of Mohammed, peace be upon him

[Chorus:]
A shadu la ilaha illa Allah
There is no God but God

If my daddy could see me now - chains around my feet
He don't understand that sometimes a man
Has got to fight for what he believes
And I believe God is great, all praise due to him
And if I should die, I'll rise up to the sky
Just like Jesus, peace be upon him

We came to fight the Jihad and our hearts were pure and strong
As death filled the air, we all offered up prayers
And prepared for our martyrdom
But Allah had some other plan, some secret not revealed
Now they're draggin' me back with my head in a sack
To the land of the infidel 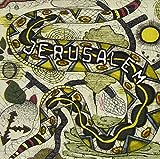