She is a creature of captivating beauty
As this bold captain's hungry eyes would ever see
She looks upon him with the eye of love's desire
And so he begs her, "Lady, will ye set me free?"

"What can you offer if you gain your freedom?
I'll lose my heart if I should ever set you free
I have the keys if you'll deliver me a promise
Should I release you, then you'll vow to marry me"

Beneath the city walls and down into the harbour
She'll throw his chains into the wine-dark sea
They'll find a ship, but now his hand is forced to stay her
"In truth, I never could have married thee"

She sees the black storm clouds on the horizon
His solemn promises lie broken
And whispered on the wind, as if it's spoken
He'll hear a maiden's curse 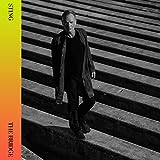