It was a sight to see
The place to be,
Where the living is easy
And the kicks can always be found

I've had too much cryin', seen too much grief
I'm sick of tryin' it's beyond belief
I'm tired of talking on the telephone
They're trying to tell me that they're not at home

Ain't nothing new in my life today
I'm tired of walking from place to place
I've yet to come across a friendly face
And now the words sound familiar, as them slam the door
"You're not what we're looking for." 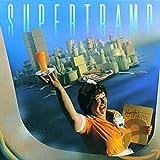