Oh, he listens to the countdown every Sunday morning
From a cold solitary prison cell
And the music from his radio is like freedom down a dirt road
Makes that eight by ten a brighter hell

[Chorus 1:]
Before he started doing all the hard time that he's doing
He was singing in them honky-tonks and dives
He dreamed of being somebody, now he's number 37405

[Chorus 2:]
He's got too much time to think about the night he had too much to drink
And all his buddies, they begged him not to drive
Mr. Life of the Party is now number 37405

Old judge on the bench said, "Son, your crime's got consequences."
It's what he told him fifteen years ago
He took a life and that's a fact, he'd give his own to give it back
Today's the day he finally gets parole

[Bridge:]
He turns in them prison clothes, and stands there at the fork in the road
And mama prays and waits while he decides
And the angels close their eyes

[Outro:]
Listens to the birds sing on a perfect autumn morning
Just down the road rings an old church bell 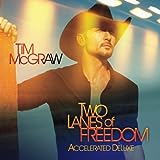