[Hook: Tyler, The Creator]
For your boy
I'm watching Freaks and Geeks with the trampoline on the floor
I'm tryna cop the new McLaren with the vertical doors, nigga

[Verse 1: Tyler, The Creator]
Money, money, money, money
Money ain't the motive
What's your name again? Nobody knows it
Don't speak to me nigga, you not impo'tant
I'm focused
(Two, three, four) Bring in the horns
They say I'm nutty, I'm picnic basket
I'm short of a sandwich, I'm peanut butter
Boyce Watkin's a faggot, please come and get me
Said I suck him at your neck, like a hickey, boy I'm sicky
Like a HIV victim, ain't nobody fuckin' with me
I got banned from New Zealand, whitey called me a demon
And a terrorist, goddammit, I couldn't believe in it
Ban a kid from a country, I never fall, never timber
But you fucked up as a parent, your child idol's a nigger
I clearly don't give a fuck, so you could run that shit back
And fuck your loud pack
And fuck your Snapchat
Cherry Bomb
The greatest fuckin' album since the days of sound
And that shit gon' pop
Just like that nigga that was never 'round
Damn, 'bout to drop
Gas 'em up, thick exhaust
Young T, came quick, hard to beat, dick is soft
We ain't lyin', we the truth, call him Simba, beats his hooves
Tyler, The Creator sweatin' Jesus juice
Put that fuckin' cow on my level, 'cause I'm raising the stakes
Mom, I made you a promise, it's no more section 8
When we ate it's the steaks, now our section is great
'Cause that's the level I'm at, my niggas pass 'em a plate
'Ye!

[Break: Kanye West]
Why, oh why, why, why don't they like me?
'Cause Nike gave a lot of niggas checks
But I'm the only nigga to ever check Nike

[Verse 2: Kanye West]
Richer than white people with black kids
Scarier than black people with ideas
Nobody can tell me where I'm headin'
But I feel like Michael Jordan
Scottie Pippen at my weddin'
They say I'm crazy, but that's the best thing goin' for me
You can't Lynch Marshawn if Tom Brady throwin' to me
I made a million mistakes, but I'm successful in spite of 'em
I believe you like a fat trainer taking a bite or somethin'
I wanna turn the tanks to playgrounds
I dreamt of 2Pac, he asked me "Are you still down?"
Yeah, my nigga; it's on, it's on, it's on, it's on
I know they told they white daughters
"Don't bring home Jerome"
I am the free nigga archetype
I am the light and the beacon
You can ask the deacon
It's funny, when you get extra money
Every joke you tell just be extra funny
I mean, you can even dress extra bummy
Cocaine, bathroom break, nose extra runny
And I gave you all I got, you still want extra from me
Oxford want a full-blown lecture from me
And the Lexus pull up, errr, like hop, I hopped out, like wassup?
Err-err-err, step back, hold up, my nigga, you suck, hold up
I studied the proportions
Emotions runnin' at a Autobahn speed-level
Had a drink with Fear, and I was textin' God
He said "I gave you a big dick, so go extra hard"

[Hook 2: Tyler, The Creator]
For your boy
I'm tryna cop the new McLaren
With the vertical doors
I'm watchin' Freak and Geeks
Got a trampoline in my room, damn

[Verse 3: Tyler, The Creator]
(2, 3, 4)
Hold your fuckin' horses
Niggas really fuckin' thought that T lost it
Like I bet it at a auction
Been exhausted
I been workin'
While y'all silly bros smoke like broken exhaust tips
Fuckin' losers

[Verse 4: Lil Wayne & (Tyler, the Creator + Lil Wayne)]
Hold your fuckin' ponies my homie
I'll whip your donkey by my lonely
I eat pussy like Shoney's (Yeah)
It's Tunechi, homie, Master of Ceremonies
I knock 'em down, Domino effect, no pepperoni
I swear

[Verse 5: Tyler the Creator & Lil Wayne]
This them Golf boys, like them Hot Boys
For the nine-nine and two-thousand
But its the two-thou'
And the one-four
And the one-five
Yo, what up Wayne?
What up Slime? Nigga, go hard
Yeah, I'mma go hard like before 'caine
Got too much drive, need like ten lanes
Life is a broad, and she give brain
That's that road head Yeah
That's a dream car
Got a full tank of that same year I was born
That's that one-nine-nine-one
'Nother nigga like I, you won't find one
'Cause nigga I'm a god, a divine one
Tune

[Verse 6: Lil Wayne & Tyler the Creator]
My trigger finger wise
But my 9 dumb Yeah
Middle finger blind
So it's fuck A-N-Y-one
Fuck, skate, and die son
A hundred ways to die son
I'm starin' at a tramp-on-lean
Make my eye jump
Use Adderall like alarm clocks
Wake my high up
Stakes are high, well done, and prime cut; eat up
I stick my Rolie in her mouth, let the time come
She got hair like Sheneneh, and eyes like Wanda
Oh my goodness

[Verse 7: Tyler, the Creator]
Wayne, them bitches ugly
These niggas colder than Tommy' buddy
Ye, we hittin' models
Like Tony Parker be hittin' bottles
Bitch, I'm goin' harder than yellow cabbies stoppin' for Lionel
(Black ass nigga)
They be duckin' us niggas, shout out to Donald Sterling
Boy, lets get a scrimmage
And cut some niggas
I'll bring the Clippers
And a couple owners that's kinda German
You bring the nooses
And a couple trees, where the money grow
And get bodies burnin'
'Cause I'm tryna hang like I'm Mr. Cooper
Or Jews in Berlin
Or some niggas from Alabama, Birmingham
My new music's all over the street like Erick Sermon was
Fuck us
Maybe we should team up
Anti-Golf boys
'Cause I don't fuck with me either
I'm a liar, I'm a faggot (Uhh..)

[Verse 8: Lil Wayne]
Son you need Jesus
But I heard he left Sunset, to go on tour with Yeezus
Well, I'm prayin' for the new Yeezys
And you pussies prayin' that we squash the beef, like zucchini
I know; it ain't gain, nor fame, nor tame
Or lame, nor strange 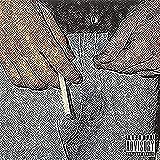