Oh, the heptagenarians got behind the decks
While the skeleton crew went through the motions.
It was only the medication that was keeping them erect.
Yeh, the devil got the best tunes
So god knows what comes next.

And it's difficult to think of anything less magic
Than the aged in pursuit of the hip.
At the lifeboat station there's a mounting panic...
They're going overboard for this one -
abandon ship!

Oh, the humanitarians took themselves below
While they tried to debate the latest motion;
Meanwhile only the medication served to keep them on the go.
So it's devil take the hindmost:
We sail on the sloop John Doe.

And it's difficult to think of anything that's factual
Now we find ourselves in Alzheimer's grip;
So at disembarkation it's no names, no pack-drill,
We're all anonymous on this one -
abandon ship! 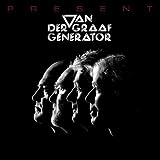