Frankie and Johnny were sweethearts
Lordy, how they could love
Swore to be true to each other
Yeah, true to the skies above
He was her man, wouldn't do her no wrong

And Frankie and Johnny went walkin'
And Johnny had on a new suit
Yeah, Frankie spent one-hundred dollar notes
Just to make her man look cute
He was her man, he wouldn't do her no wrong

Frankie went over to the barroom
Stopped for a bottle of beer
Said to the old bartender man
"Has my lover Johnny man been here?"
"He was my man, Lord, but he'd been doin' me wrong, so wrong."

Yeah, Frankie looked over the transom door
And there to her great surprise
There sat her lover man Johnny
Makin' love to Nellie Bly
He was her man, but he was doin' her wrong

Well, Frankie lifted up her kimono dress
And she drew (ladaladalala) out a little .44
She shot once, twice, three times (three times) she shot him
And through that hardwood (door) floor
Yeah, she shot her man (yeah he was her man)
Well, but he been doin' her wrong yeah

He said," roll me over so careful ah
Roll me over so slow,
Oh roll me off to my left hand side,
Because your bullet hurt me so,
I was your man, but I been doin' you wrong."

Well, they sent for Frankie's mother
Come down to Huddie's saloon
To see what's the matter with her boy
She come down, Frankie looked up at her
Here what she said:

She said, "Oh Mrs. Johnson, oh forgive me please
Well I killed your lovin' son, Johnny
But I'm down on my bended knee
I shot your man, 'cause he was doin' me wrong ah'.

She said, "I'll forgive you Frankie,
She said, I'll forgive you not, not
For killin' lovin' son Johnny,
He's the only support that I've got,
'Lord, you shot my man and he was doin' you wrong."

Well, the last time I seen Frankie
She was a-sittin' in a dungeon cell
She would be there lonely, herself
With no one there to care
She shot her man, a-he'd been doin' her wrong, so wrong

Well, bring out the rubber tired (hearse) so long
You gotta bring out your pony and trap
Yeah, they're gonna take Johnny, Johnny to the cemetery (graveyard)
And he ain't never coming back
Well, he was her man
Oh, but he been doin' her wrong, so wrong

Woo!
Thank you very much. 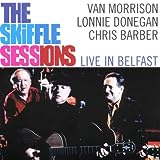