Did you ever, ever see the people
With the tear drops in their eyes
I just can't stand it, stand it no how
Living in this world of lies

Did you ever hear about the rock and roll singers
Got three or four Cadillacs
Saying power to the people, dance to the music
Wants you to pat him on the back

Have you ever heard about the great Hollywood motion picture actor
Who knew more than they did
And the newspapers didn't cover the story
Just decided to keep it hid.

Somebody started saying it was an inside job
Whatever happened to him?
Last time they saw him down on the Bow'ry
With his lip hanging off an old rusty bottle of gin

Have you ever heard about the so-called hippies
Down on the far side of the tracks
They take the eyeballs straight out of your head
Say son, kid, do you want your eyeballs back 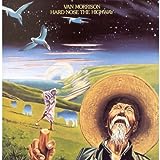