Um, so this next song is about love, appropriately

And love is a homeless guy searching for treasure
In the middle of the rain and finding a bag of gold coins
And slowly finding out that they're all filled with chocolate
And even though he's heartbroken, he can't complain 'cause he was hungry in the first place

And if we met in 10000 BC I was your caveman youz my cavelady
If we got hot we'd start rubbing
If we got hungry we'd go clubbing
Theres wooly mammoths but I will protect us
You're making me devolve to a Homo Erectus. Oh

And if we met in 1780
I was a white Southern aristocratic plantation owner
And you were my dark-skinned servant lady
Slave, whenever I could get away from the misses
I'd go to your shed and then I'd steal you kisses
But let's be serious I'd still work you full time as a slave
There's a difference between romantic language
And a complete disregard for socio-economic trends

And if we met in 1941
I was a Nazi youz a Gypsy on the run
That's a little redundant
That, probably wouldn't've worked out

Because love is your favorite food for every breakfest, lunch and dinner
And love is the Holocaust if you don't die quick and you don't get thinner
And love is being the owner of the company that makes rape whistles
And even though you started the company with good intentions trying to reduce the rate of rape
Now you don't want to reduce it at all 'cause if the rape rate declines
You'll see an equal decline in whistle sales
Without rapists whos gonna buy your whistles
Whose gonna buy your whistles
Love is all about whistles
Thank you

Uh, that one was a bit vulgar, but uh, y'know
Dicks and vaginas are kinda like Coke and Pepsi
Uh, I strongly prefer one but my dad thinks they taste the same 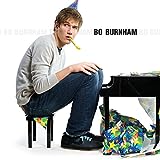