Johnny Jones woke up one day from dreaming
Told Bill the bass and soon they had a plan
He passed it on to Pete and Crazy Benny
Ah, suddenly they had a band

But hey, it's Johnny's Band
Playing Saturday nights at The Crown
The beards may be long and the money's long gone
It's a wonder that they're still around

But hey, it's Johnny's Band
Playing all those wonderful songs
Making the rounds with that old fashioned sound
And here we are singing along 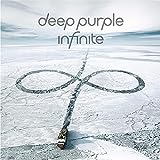